The Beauty of Mindless Tasks 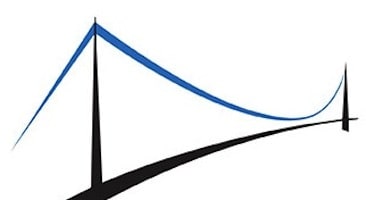 For some reason I don’t understand, many kids today are not ever asked to do housework. They are never asked to do a dish, vacuum, do laundry, mow the lawn, or any household chores. Perhaps parents think their children are too busy to waste time on mundane tasks? I would argue that these mindless tasks are anything but mundane.

On a most basic level, the more your child understands about how to manage a household, the easier it will be for them when they do go out on their own. Not being prepared has psychological repercussions.

For example, a friend reported that her daughter, a college student, decided to share an apartment with some friends and found that she was the only one of the four who had ever loaded a dishwasher before. She discovered this when she came home to an apartment full of suds, because these other women didn’t even know there was a difference between dish detergent and dishwasher detergent.

Or how about the 20-somethings who called the Boston Police because there was a mouse in their apartment?

You may think these things are funny, but when you send your child out in the world without their ever having done anything around the house, not only have you neglected some important practical life lessons, you are in fact adding to their stress levels.

When kids don’t have the resiliency to solve simple problems, the most routine things can become stress-inducing. When the smallest things are crises to unprepared kids, how will they cope when there is a real crisis? And remember, stress doesn’t only affect the mind: it affects the entire body. When everything is a crisis, this invokes the flight-or-flight response and all of the physiological things that the body does when it is stressed. Over time, stress can be a big contributor to many chronic illnesses as well as mental health problems.

When your child never does anything for him- or herself, I would argue that it is difficult for them to have a healthy internal locus of control. Fortunately, locus of control can be shaped by environment, so you do have the opportunity to direct it.

Housework is a great place to start to teach children, in small and not-so-small ways, that they do have control over their environment, as they solve the small problems that come up and devise the easiest ways to get the work done. And bearing some responsibility for the running of the household is not a bad thing, either.

The other thing about housework, or any mindless task, is it teaches their importance on creativity.

Of course psychologists have a name for mindless tasks: procedural memory. Also called muscle memory, these are the tasks that you can do without thinking. There are many household tasks that fall in this category.

Doing mindless tasks gives your mind time to wander, to daydream, while you are working. And here is what a National Geographic article says about the importance of daydreaming:

Many times the “dialogue” that occurs when the daydreaming mind cycles through different parts of the brain accesses information that was dormant or out of reach, notes Eugenio M. Rothe, a psychiatrist at Florida International University.

Likewise, the daydreaming mind may make an association between bits of information that the person had never considered in that particular way.

“This accounts for creativity, insights of wisdom and oftentimes the solutions to problems that the person had not considered,” Rothe said by email.

A common example of this creative thinking when you are doing a mindless task is when people get inspired in the shower, but anything that relies on procedural memory allows the mind, the imagination, to do its thing. If you never allow your child to do a mindless task, you are cutting off this essential part of the creative process.

Two examples: In 1905, Albert Einstein was a clerk in a patent office. Einstein called it his “cobbler’s trade,” because it was undemanding. But he also called it “a worldly cloister where [he] hatched [his] most beautiful ideas.” In 1905, whiles he was working in that patent office, Einstein had his annus mirabilis, his “year of miracles,” when he wrote several papers that changed physics forever. It turns out he did a lot of thinking while he was doing his mindless job, and he wrote notes to himself that he stored away in a drawer.

Humorist David Sedaris used to clean houses by day and write at night. Clearly, he doesn’t need to clean houses anymore, but he still spends hours doing another mindless task: he picks up trash in his neighborhood—so much trash, his local community bought him his own garbage truck. After ten books and however many millions of copies sold, he is still picking up trash.

So many of today’s kids never learn how important mindless tasks are to their mental health and achieving their dreams. Their day-to-day lives are anything but mindless: constantly connected to their smart phones and other gizmos, scheduled to the hilt, doing a pile of school work, a crush of extracurricular activities…their minds are constantly engaged. This adds to their stress levels and stops their dreaming.

You can’t have dreams if you don’t make the time to create them.