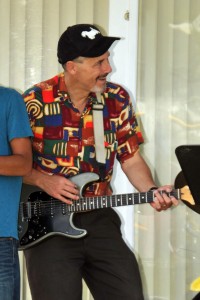 Jeff Levin has devoted his professional life to helping people to move their lives forward. He grew up in Newton, Massachusetts and is a graduate of Dartmouth College, Boston College School of Education and the Smith College School for Social Work. He began his professional career as a middle-school English teacher in Carlisle, Massachusetts, back when the dinosaurs roamed the earth, and since then, Jeff has helped individuals and groups for more than 30 years in a wide variety of settings. In addition, Jeff was a practicing psychotherapist for over twenty-five years.

For the last ten years, Jeff has been a life coach based in New Hampshire and Boston who works with both individuals and groups. He has been a consultant and coach to parents, families, schools, teams/athletes and corporations all over the U.S. His proactive workshops, all of which include Jeff’s live musical performance, often with audience contribution, are relaxed, great fun, inspiring and practical. He tries to find balance in his life by playing and singing blues and rock and spending as much time as possible outdoors.